A few of the organizations we have collaborated with include:

CONTACT US to learn more about becoming an EarthScope partner

Brian Pelletier graduated from the University of Southern Maine with a B.A. in Communication. He began his broadcasting career by helping to launch a successful traffic-reporting program for WGAN Radio in Portland, Maine. Brian was soon promoted to Chief Field Reporter and News Anchor for WGAN where he interviewed several leading politicians and celebrities. Brian has also provided content for both CBS and ABC national radio newscasts.

After covering President Obama's first inauguration in 2009, Brian moved to the Bay Area where he became a contributor to KALW's Crosscurrents news program. He now balances his duties at EarthScope with his responsibilities as a producer at KGO Radio in San Francisco. 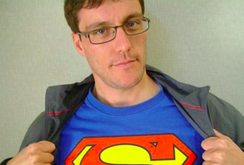